Masks of the Mist Booth 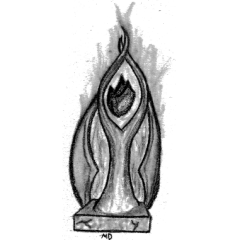 By Assira the Black
February 17, 2016 in Groups and Factions