Cowardice seasoned with a bit of hypocrisy

Lately the in game mood panel and also the forum panel have been invaded by posts like the one below: [quote]"His fighting skills are now legendary and should be a model for all other fighters." (So 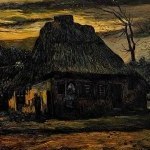 And you gained right to insult us through our actions? Just sue us if you are so annoyed and bring proof. For those who can't understand why this is happening now..we successfully run away from

it's interesting you mentioned the word 'hypocrisy' in title [quote]Hypocrisy is the state of pretending to have virtues, moral or religious beliefs, principles, etc., that one does not actually have