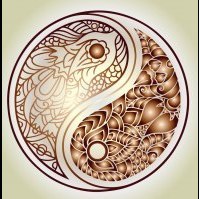 Forgive me if I don't fully understand your changes recently. But from my point of view as an MP3 player, you're considering these changes from the perspective of a veteran player while make it even h

Impacting the timer doesn't just change AP, it impacts vitality, and a bunch of other stuff (at least I thought so). If impacting AP is the desire, what about a system that only targets AP?

Presently, as I do observe, there are some issues both conceptually, and in terms of balance. Presently, it appears that Action-Points, or as I had suggested it be renamed, "Willpower", were the on